A few years ago, a boy in the 6th grade visited our Club. His family wanted him to come to socialize with peers, as his only interests were playing computer and video games. We soon found out he had no desire to socialize, and refused to participate in Club activities. He also tended to get in trouble in the Club quite a bit, as he was determined to do only what he wanted to do! Committed Club staff continued to reach out to him, encouraging him daily not only to broaden his own interests, but to also step out of his comfort zone from time to time. Slowly, he started to open up to staff and peers, to join in activities he had previously rebuffed, and to truly become an active participant in the Club. This year, we have seen tremendous growth in this young man. He has eagerly learned new games, joined in weekly FitClub sessions, and sought out peers with whom he has made connections and friendships. Even more importantly, the most rewarding change we have seen in him is his own desire to do well, work hard, and be a positive member of our Club. The amazing changes we have seen in this young man over his 4 years with us have led to his being selected as “Member of the Month,” as well as earning the even more prestigious distinction of “Director’s Youth of the Year.” 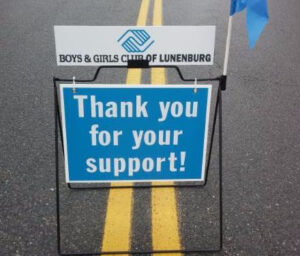